Physiological curvatures of the spine 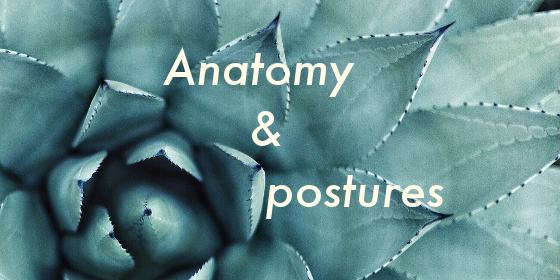 The “primary” curvatures are the occiput, the thoracic zone and the sacrum, which remain from the great fetal curve in flexion. They have a protective role for the organs contained therein and are generally not very mobile.

Conversely, we refer to “secondary” curvatures for the lumbar and cervical areas, which are later formed by the movement itself on the occasion of the exit of the head out of the uterus, standing position and walking for the lumbar. They are more mobile and serve as dynamic links.

The vertebral column stricto sensu is thus constituted by a succession of three physiological curves: lumbar lordosis, dorsal kyphosis, cervical lordosis. The points of change of curvature, called hinges, have a particular mobility.

At the lumbar level, when the concave curve formed by the sacrum and the lumbar spine is accentuated, we speak of lordosis (“sway back”).

No matter the radius of each physiological curvature, specific to the morphology of each one of us, the important thing is to have a flexible and adaptable spine. Put a hand on your back to feel your different physiological curves then move it in all directions…can you feel your curves change shape, are some areas  moving more than others?